Mission Day 5: Tales from the Topside 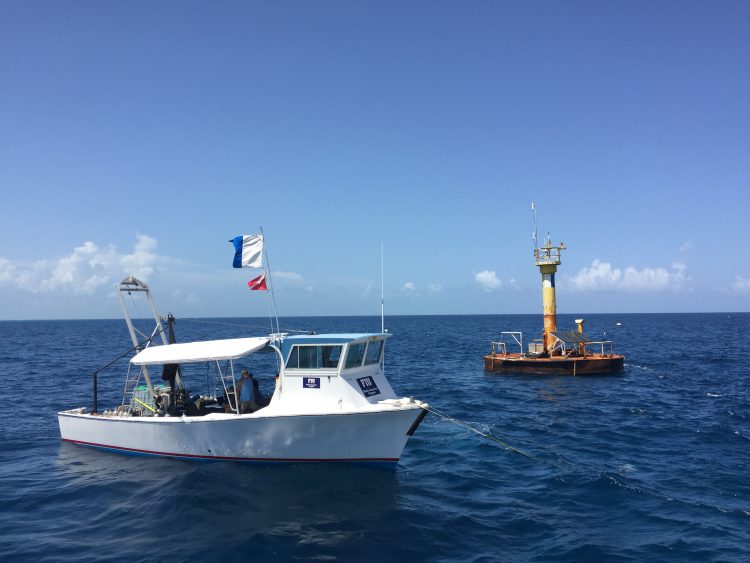 Every morning, 7:30AM at Aquarius Reef Base, the dive support, research, and operations team members meet for ‘Tag-Up’ so we can review the planned objectives for the day and voice any additional information or questions to the entire NEEMO 21 team. To see the majority of the people involved with the mission, standing in a room-wide circle, is pretty impressive and reminds us of the many layers that go into making a mission successful and productive.

After the morning team meeting on Mission Day 5, a group of us scheduled as morning dive support loaded our gear onto the George F. Bond Aquarius Reef Base dive boat. In addition to our dive equipment, the science and EVA team brought two tool sleds packed with tools for the EVA crew’s 4-hour excursion. We then buddied up and reviewed our dive plan for the morning as we headed out to the habitat. 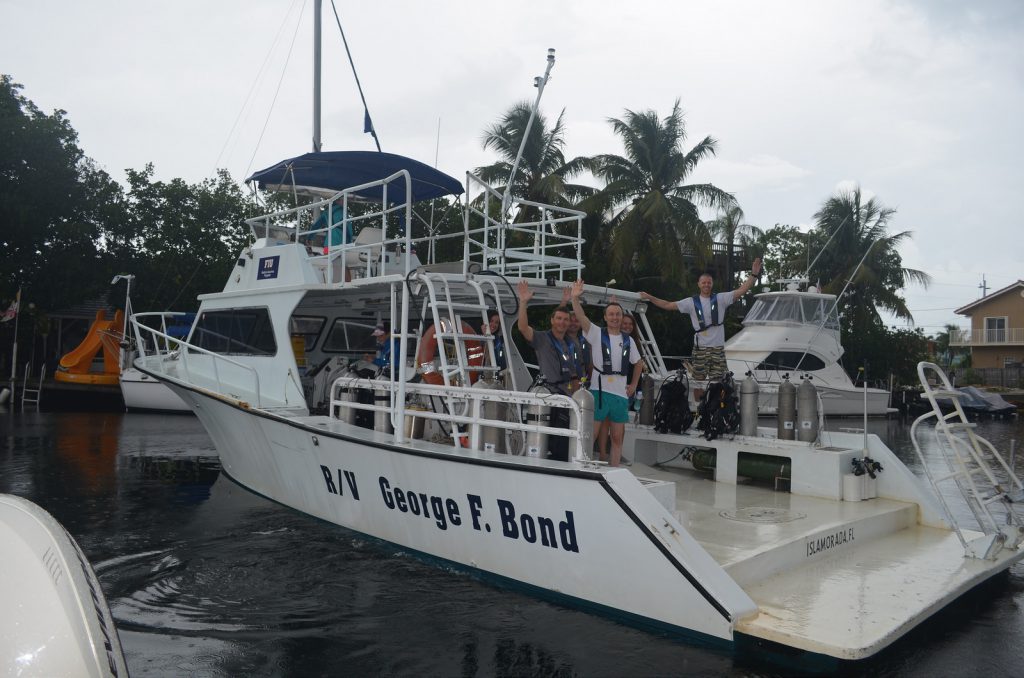 One of the ARB dive boats, aptly named after the father of saturation diving, George Bond

Dave Coan (NEEMO 20 crew member) and I were the first in the water, suiting up with a single tank of Nitrox and a bailout bottle for backup. We were tasked with carrying one of the loaded sleds down to the staging site just outside of the habitat, along with a few extra pieces of equipment for the crew. That sled is heavy until you get it to the bottom, but we crafted and executed a successful plan to get the sled down successfully – fist bumps all around! 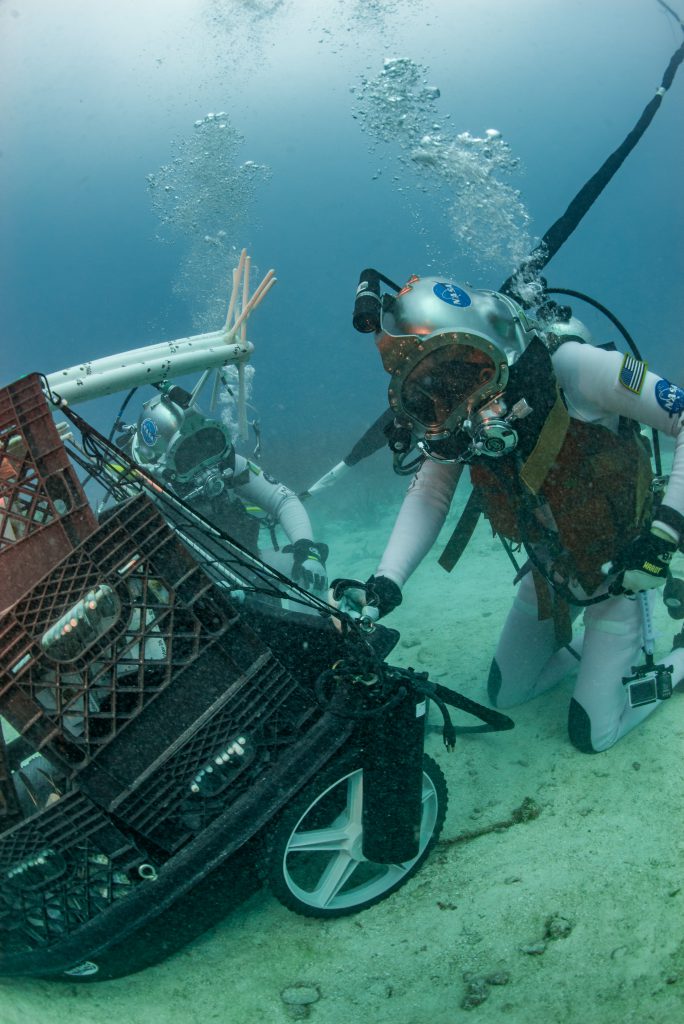 Two other support teams (Tim Broderick and Steve Chappell, Jason Poffenberger and Adam Naids) rotated throughout the dive support role, all of us doing 2 dives each. It was a great opportunity to get perspective from the topside dive support before going into the habitat. These guys work incredibly hard on their dives making sure the EVA operations run smoothly and supplies get to/from the habitat as needed! 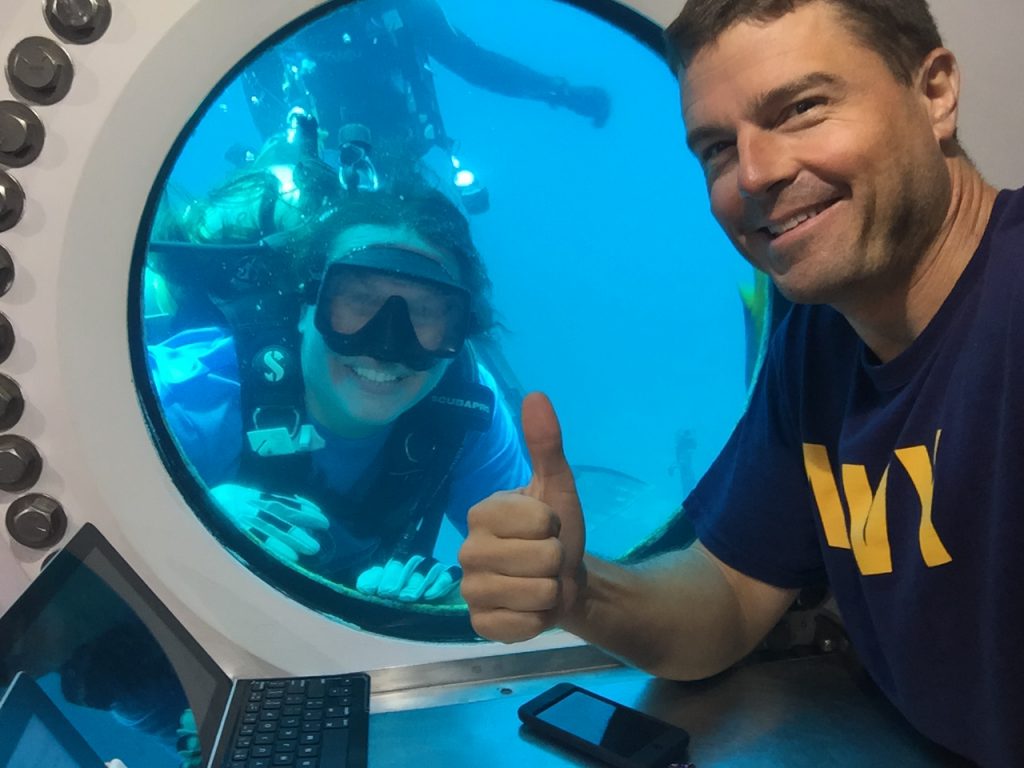 For the saturation crew, Day 5’s EVA team (Marc and Megan) worked on coral sampling and identification throughout a 4-hour excursion. Inside of the habitat, the crew continued to knock out their objectives throughout the jam-packed day. To make an exciting mission even moreso, Mission Day 5 was also the start of communication delays! In addition to simulated operations of a Martian gravity field using partial-gravity weighting during the dive, the crew and Mission Control are now dealing with time-delays associated with the vast distances between Earth and Mars (15 minutes each-way). The mission is testing methods for designing EVA timelines to be efficient and effective but still allow science team interaction, as well the communication capabilities between Mars and Earth, such as voice, video, still imagery, and text. These delays will be a part of the each day throughout the rest of mission! 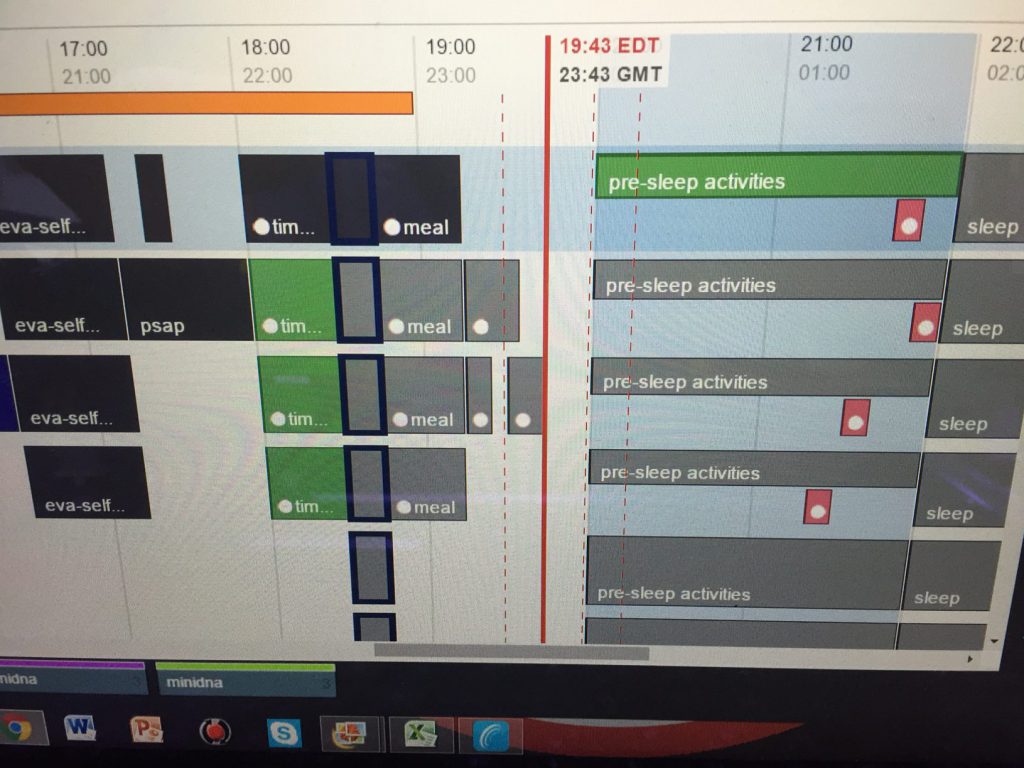 One of the science objectives that each of the team members has been assigned to is sequencing swabbed sample DNA in situ, with the NEEMO 21 crew being the first to sequence DNA undersea! In parallel with the NEEMO crew’s swab-to-sequence efforts, NASA astronaut and molecular biologist Kate Rubins will soon be sequencing prepared samples in space to test the feasibility and quality of the same procedures and technology.

Enabling the identification of microorganisms and the diagnosis of infectious disease, monitoring cellular changes in response to spaceflight, informing medical interventions, and possibly detecting nucleic acid-based life elsewhere in the universe – does the Star Trek Tricorder finally exist? Not exactly, but one exceptionally small device that fits within the palm of your hand, a DNA sequencer, holds the exciting potential to do all of this! Determining the sequence of DNA is a powerful way to identify organisms and determine how they are responding to changes in the environment.

The Biomolecule Sequencer Payload ( http://www.nasa.gov/mission_pages/station/research/experiments/2181.html ) is being tested on the ISS in 2016. However, DNA samples prepared on the ground will be used in this proof-of-concept investigation to demonstrate that DNA sequencing in the microgravity environment of space is possible. 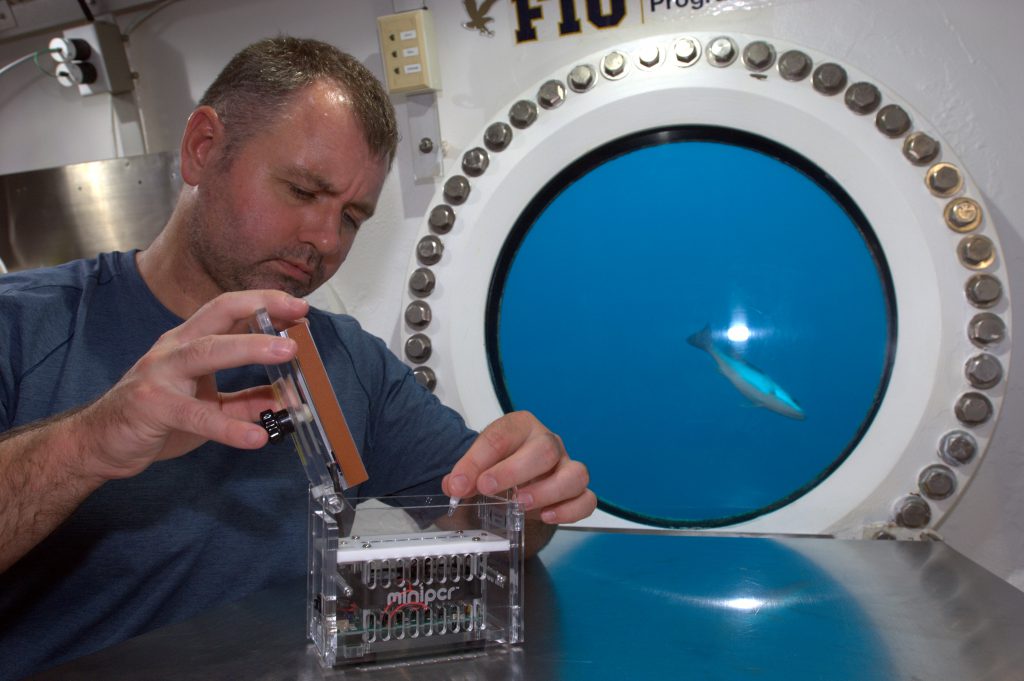 The ability to perform on-orbit sample collection and the manipulations required to generate sequence-ready DNA is not yet reality, but the protocol has been developed and will be tested on NEEMO 21. The crew, using a spaceflight-compatible process, will collect a swab sample from the Aquarius habitat, extract the DNA, amplify and modify that DNA, and, finally, collect the DNA sequences using the Biomolecule Sequencer.  Successful implementation of the end-to-end, swab-to-sequencer process by the multi-national NEEMO crew, along with their feedback, will enable the forward development of the sample preparation process to be flight certified, allowing the Biomolecule Sequencer to be utilized to its fullest extent on the ISS. The ability to sequence more than ground-prepared samples on the ISS will not only enable crew health initiatives, but will open the doors to far wider research potential in human exploration and planetary science.

The crew has been very excited to work through the protocol developed by study PI Dr. Sarah Wallace and overseen by Sarah Stahl, especially when we see successful DNA sequencing!

Stay tuned for the Mission Day 6 update on how the adapting to comm delay and a little more about the guys who truly run the show at Aquarius Reef Base. 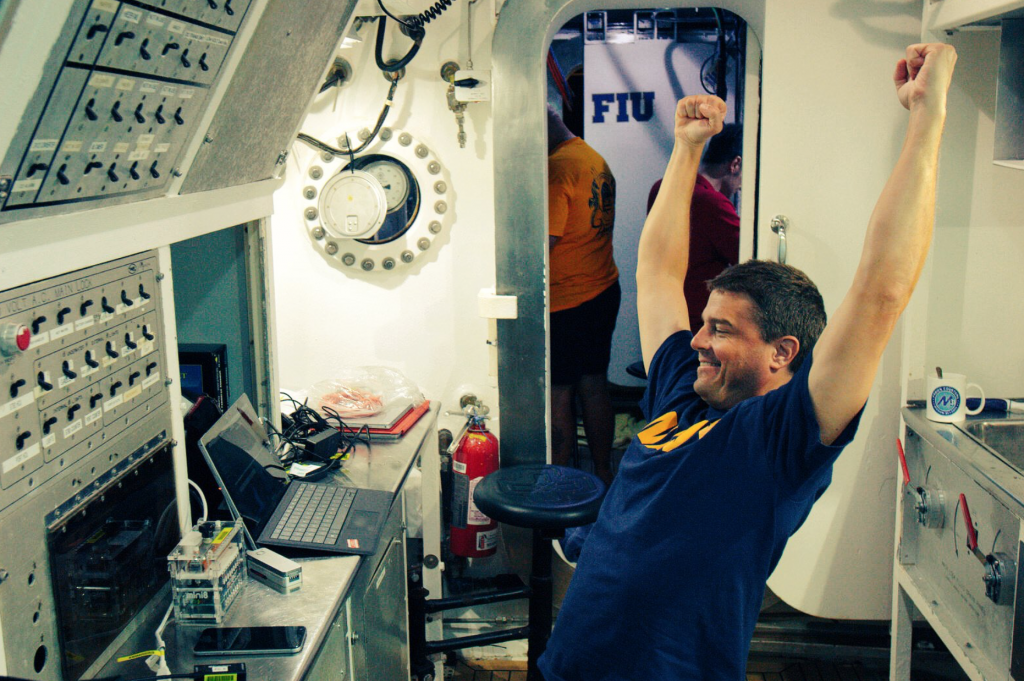 Reid is very happy to complete a successful DNA experiment!