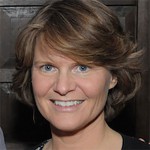 Dr. Bonnie Dorr, associate director and senior research scientist at the Florida Institute for Human & Machine Cognition (IHMC), has been named a fellow of the Association for Computational Linguists (ACL). She is one of four people to be named to this year’s class of ACL fellows. The honor is in recognition of Dorr’s contributions to the field of computational linguistics.

“Bonnie’s work over the years has certainly earned her this well-deserved recognition,” said Ken Ford, the founder and chief executive of IHMC. “She is an exceptional scientist and colleague who has contributed greatly to the advancement of computational linguists.”

Dorr, a professor emeritus of computer science, leads a team of scientists and researchers at IHMC’s Ocala facility. Dorr is the former associate dean of the College of Computer, Mathematical, and Natural Sciences at the University of Maryland. She co-founded the Computational Linguistics and Information Processing Laboratory at Maryland, and served as its co-director for 15 years.

In 2008, she was named president of the ACL. Additionally, she is a Sloan Fellow, an Association for the Advancement of Artificial Intelligence’s (AAAI) Fellow, and a National Science Foundation Presidential Faculty (PECASE) Fellow. Established in 2011, the ACL Fellows program recognizes ACL members whose contributions to the field have been most extraordinary.

The Florida Institute for Human & Machine Cognition (IHMC) is one of the nation’s premier research organizations with world-class scientists and engineers investigating a broad range of topics related to building technological systems aimed at amplifying and extending human cognitive, perceptual, and physical capacities. IHMC headquarters are in Pensacola, Florida, with a branch research facility in Ocala, Florida.