IHMC giving Atlas a leg up 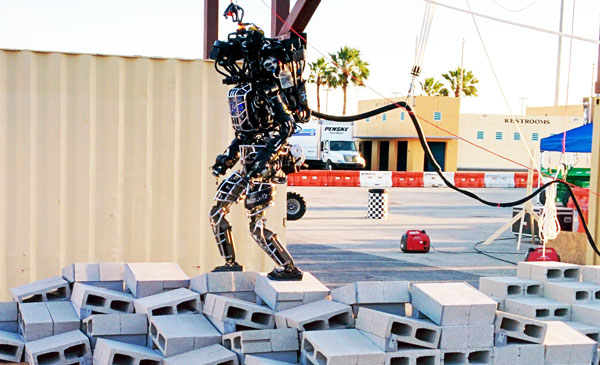 The Florida Institute for Human and Machine Cognition (IHMC) continues to earn recognition for its development of software for the Atlas robot. A recent post on Tech Gen magazine notes IHMC’s work to advance the bipedal robot’s ability to walk more like a human.

The IHMC Robotics Team has performed exceptionally well in the multi-year, international Robotics Challenge sponsored by the Defense Advanced Research Projects Agency (DARPA). IHMC came in first in the initial computer simulation trial in June 2013, and second overall in the second phase, which featured using actual robots in field trials at Homestead Miami Speedway in December 2013. The next phase of the competition, featuring more advanced field trials, is scheduled for June 5-6, 2015, in Pomona, California.

At the Speedway, IHMC finished first among the seven teams using the Atlas robot and first among teams from the U.S. Through funding from DARPA, which provided the Atlas robots to the various teams, IHMC is now open sourcing its bipedal walking software for Atlas so that other research teams can use it on their robot.

To read more about IHMC and the DARPA Robotics Challenge: www.ihmc.us/news/20131223