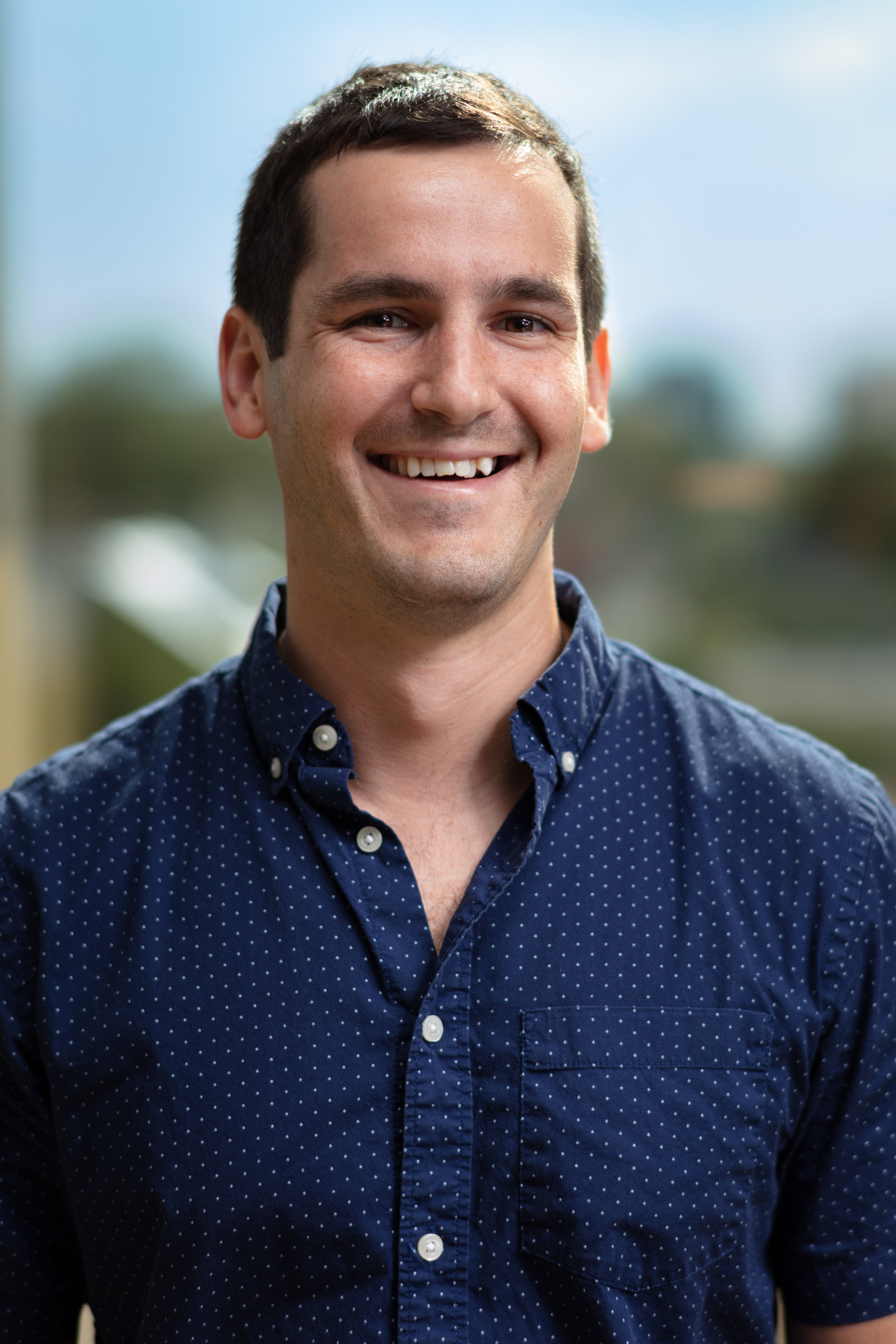 Robert Griffin is a Research Scientist at IHMC, and focuses on improved mobility and autonomy for legged robotics and powered exoskeletons. This focuses on understanding the mobility limitations for these robotic systems, as well as how to improve user interfaces and platform autonomy, including how these robots perceive and plan through the world.

Robert earned his bachelor’s degree  from Tennessee Tech University, and his Ph.D. from Virginia Polytechnic Institute and State University. in 2017 with a primary research focus on the control of bipedal robotic mobility for humanoids and exoskeletons. In 2016, he joined IHMC’s team for the 2016 Cybathlon, and returned full time to IHMC in 2017.

While with IHMC, Robert has been involved in a variety of projects as both Principal Investigator and part of the research team. He currently leads the Office of Naval Research’s SquadBot and Fast Behaviors projects, where the goal is to develop a next generation humanoid robot called Nadia, which will have a high power-to-weight ratio and large range of motion, along with develop autonomous and semi-autonomous behaviors to allow Nadia to function in urban environments. He is also a key member of the NASA Johnson Space Center’s Val-EOD project, where the goal is to develop humanoid robots, primarily NASA JSC’s Valkyrie, to function as Explosive Ordnance Disposal operators.

Robert also currently leads the IHMC exoskeleton team, which is currently designing a novel exoskeleton to carry loads and protect the musculoskeletal system to assist DOE workers during nuclear remediation activities. The exoskeleton team recently completed the 2020 Cybathlon Powered Exoskeleton Race, which is a competition for paralyzed athletes assisted by technology, where they placed fourth using their newest exoskeleton, Quix.  The same system was used as IHMC’s entry in the Mobility Unlimited Challenge held by the Toyota Mobility Foundation, which aimed to develop assistive devices for individuals with mobility limitations. Team IHMC was a finalist in the Mobility Unlimited Challenge.

Robert also led the IHMC team in the Army Research Lab’s Robotics Collaborative Technology Alliance, where they aimed to develop robust autonomous locomotion for quadrupedal robots in complex environments. Robert was a key software and controls developer in the 2016 Cybathlon, where they placed second in the Powered Exoskeleton race. This project focused on using lower extremity exoskeleton devices to enable people with paralysis to complete a timed obstacle course.

Prior to joining IHMC, Robert was at the Virginia Tech Terrestrial Robotics, Engineering, & Controls lab (TREC) as a controls engineer for their humanoid robot projects. While there, he functioned as the controls lead for the Shipboard Autonomous Firefighting Robot program through the Office of Naval Research, where his team successfully demonstrated in 2014 the first fire suppression on a Navy ship using a humanoid robot. He was also the controls lead for Virginia Tech’s entry into the 2015 DARPA Robotics Challenge, where they fielded their custom humanoid robot, ESCHER. He also worked with TREC to develop a lower body exoskeleton for balance assistance in paralyzed individuals under the National Robotics Initiative (NRI).