For the last 10 years Dr. Swanson has worked on renewable energy, mainly solar energy. He has lectured both locally and nationally on solar energy, and has funded startups in photovoltaics (PV), biodiesel, and battery technology. John is active in Green Key Village, an energy ef cient (net-zero) community in Lake County, Florida. He has installed PV on residences, animal shelters, and houses of worship and helped others in the design of their PV systems. In his talk Dr. Swanson will cover the spectrum of renewable energy technologies (generation, conservation, storage, and transmission). He will present his view of the now, the path forward, the winners, the “also rans”, and the “never got started”. No technical background is needed to enjoy this talk.

Dr. Swanson is one of the world’s top engineers, as evidenced by his receipt in 2004 of the John Fritz Medal (The Medal, referred to as the highest award in the engineering profession, is presented each year for scienti c or industrial achievement in any eld of pure or applied science.) He joins such notable engineers as Lord Kelvin, George Westinghouse, Alexander Graham Bell, Thomas Edison, Alfred Nobel, Herbert Hoover and more.

John received B.S. and M.S. degrees from Cornell University (Cornell) and joined Westinghouse Corporation on the NERVA Nuclear Rocket project (the Mars rocket). Westinghouse sent him to the University of Pittsburgh (PITT) for his Ph.D. in Applied Mechanics. After leaving Westinghouse in 1969 he started a simulation software company (now ANSYS, INC (ANSS)). He has received many other engineering and entrepreneur recognitions and awards. He is a Fellow of American Society of Mechanical Engineers (ASME) and a member of National Academy of Engineering (NAE).

Since retiring from ANSYS in 1999 John has focused on both engineering education and renewable energy. He has served on the Board of Trustees of PITT and Washington & Jefferson College. The Swanson School of Engineering at PITT is named in his honor, and he serves in its Board of Visitors, Energy Advisory Council and as an advisor on energy related student projects. He is also a member of the Engineering College Council at Cornell.

John and his wife Janet are active in animal welfare, and enjoy traveling (road trips and cruises). John spends much of his day in The Villages, FL on his bicycle (“Florida miles are at, so they don’t count”) and does not play golf. 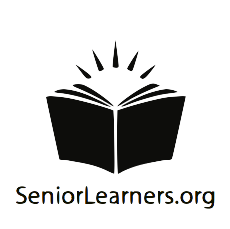