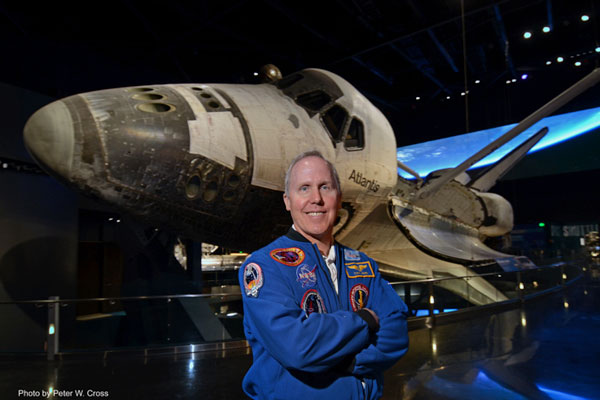 Veteran Shuttle astronaut Tom Jones, a senior research scientist at the Florida Institute for Human and Machine Cognition (IHMC), will be a featured speaker at the first-ever X-STEM: Extreme STEM Symposium in Washington, D.C., on April 24.

“I’m honored to speak at X-STEM and get to meet some of our future explorers,” Jones said. “Exciting our young people about science, technology, engineering and math — so they can write the next chapter in the history of space exploration — is crucial to America’s future. I hope I can help energize tomorrow’s explorers, scientists, inventors and entrepreneurs. They’re the ones who will revitalize and maintain our competitive, vibrant economy.“

The Wall Street Journal named Jones’s book, “Sky Walking: An Astronaut’s Memoir,” one if its “Five Best” books on space. He writes frequently on space exploration and history, and offers regular on-air commentary about the United States’ space exploration activities and plans.

An Air Force Academy graduate, he earned a Ph.D. in planetary sciences from the University of Arizona, conducting a telescopic search for water on asteroids. He flew B-52 bombers for the Air Force, studied solar system exploration concepts for NASA, engineered CIA intelligence-gathering systems, and served on the NASA Advisory Council. His current interests are asteroid exploration and resources, planetary defense, and extending human exploration to the Moon, asteroids and Mars.