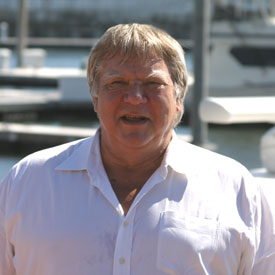 Dr. Yorick Wilks is a Senior Research Scientist at IHMC, Professor of Artificial Intelligence (AI) at the University of Sheffield (England), and Senior Research Fellow at the Oxford Internet Institute at Balliol College.

Dr. Wilks studied math and philosophy at Cambridge, was a researcher at the Stanford AI Laboratory, and was Professor of Computer Science and Linguistics at the University of Essex (England). Following this, he moved back to the United States for ten years to run a successful, AI laboratory in New Mexico—the Computing Research Laboratory (CRL)—established by the state of New Mexico as a center of excellence in AI in 1985. His own research group at CRL was rated among the top five in the US in its area by the lab’s International Advisory Board, and it became totally self-supporting with grants by 1990.

In 1993 he took up a chair of AI at the University of Sheffield, and became founding Director of the Institute of Language, Speech and Hearing (ILASH). Since then he has raised over $50 million in grants from UK research councils and the European Community, and the Sheffield Natural Language Processing Research Group constitutes a major UK group in the area.

Dr. Wilks has led numerous UK, US and EC initiatives, including the UK-government funded Interdisciplinary Research Centre AKT (2000-2006) on active knowledge structures on the web (www. aktors.org). He has published numerous articles and nine AI books, including “Electric Words: dictionaries, computers and meanings” (1996 with Brian Slator and Louise Guthrie) and “Machine Translation: its scope and limits,” in 2008. His most recent book is “Close Encounters with Artificial Companions” (2010).

He is a Fellow of the American and European Associations for Artificial Intelligence and on the boards of some fifteen AI-related journals. He designed CONVERSE, a dialogue system that won the Loebner prize in New York in 1997, and he was the founding Coordinator of the EU 6th Framework COMPANIONS project on conversational assistants. A Companion keeps track of detailed knowledge of its owner as well as the wider world; its current major implementation is as an elicitor and organizer of personal knowledge and digital records, but the general concept is being adapted to learning, health and travel environments. His Companion-based work continues at IHMC as a part of the Tampa VA Smart Home initiative.

In 2008 Dr. Wilks was awarded the Zampolli Prize at the International Conference on Language Resources and Evaluation (LREC-08) in Marrakech, and the Association for Computational Linguistics (ACL) Lifetime Achievement Award at ACL-08 in Columbus, Ohio. In 2009 he was awarded the Lovelace Medal by the British Computer Society, and elected a Fellow of the ACM.