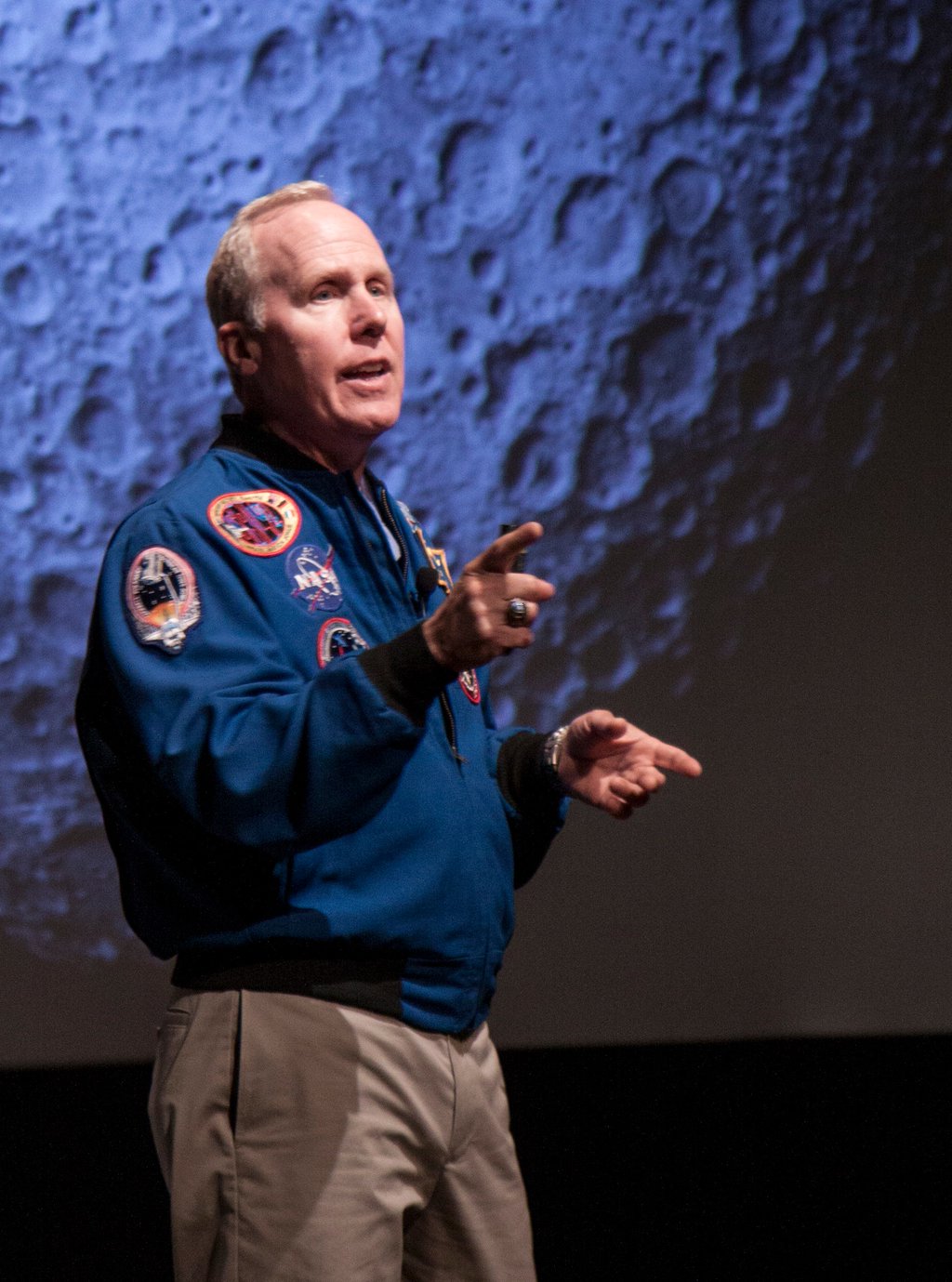 Thomas D. Jones, PhD, is a veteran NASA astronaut, scientist, speaker, author, pilot, and consultant. He holds a doctorate in planetary sciences, and in more than eleven years with NASA, flew on four space shuttle missions to Earth orbit. On his last flight, Dr. Jones led three spacewalks to install the centerpiece of the International Space Station, the American Destiny laboratory. He has spent fifty-three days working and living in space.

Tom is a Distinguished Graduate of the U.S. Air Force Academy. He piloted B-52D strategic bombers, studied asteroids for NASA, engineered intelligence-gathering systems for the CIA, and helped develop advanced mission concepts to explore the solar system prior to joining NASA’s astronaut corps. Tom’s latest book is Ask the Astronaut: A Galaxy of Astonishing Answers to Your Questions about Spaceflight. His book Sky Walking: An Astronaut’s Memoir, was named by the Wall Street Journal as one of its “Five Best” books about space. Tom served on the NASA Advisory Council and is a board member of the Association of Space Explorers and the Astronauts Memorial Foundation. A senior research scientist at IHMC, he is also a regular on-air contributor to television spaceflight coverage.