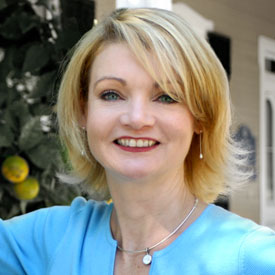 Dr. Sharon Heise is Associate Director for the Florida Institute for Human and Machine Cognition. As a member of IHMC’s Senior Leadership Team, Dr. Heise oversees all aspects of IHMC research initiatives. Dr. Heise previously served 20 years in the United States Air Force, where she was most recently Director of the Mathematics and Information Sciences Directorate at the Air Force Office of Scientific Research (AFOSR). At AFOSR, Dr. Heise also managed the U.S. Air Force basic research portfolio in Dynamics and Control. Prior to joining AFOSR, Dr. Heise managed programs in the Information Exploitation, Information Technology, Information Systems and Tactical Technology Offices of the Defense Advanced Research Projects Agency. She has also served in the National Reconnaissance Office’s Advanced Systems and Technology Directorate, on the Aeronautics & Astronautics faculty of the Air Force Institute of Technology, and at the Air Vehicles Directorate of the Air Force Research Laboratory. Dr. Heise holds the Ph.D. degree in Control Engineering from Cambridge University, England, as well as an M.S. in Astronautical Engineering from the Air Force Institute of Technology and a B.S. in Aeronautics and Astronautics from the University of Washington. She is a graduate of the Program for Senior Executives in National and International Security at the Kennedy School of Government, Harvard University.