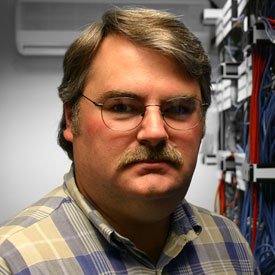 Roy earned a bachelor’s degree in computer science from Pensacola Christian College. After graduating he stayed on at PCC working as a mainframe operator and computer technician before taking on the role of Network/Windows Administrator. He obtained Microsoft certification in 1998 (MCP, MCP+I, MCSE), Cisco certification in 2003 (CCNA) and 2006 (CFD, CISS) and Apple certification in 2007 (ACMT, ACSP, ACTC).

He enjoys spending time with his wife and two boys, music, movies and riding his motorcycle as often as possible.