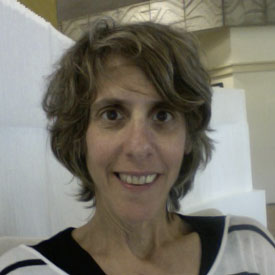 Roberta Catizone is currently doing research on human-computer Companions for veterans with brain injuries at IHMC Ocala. Before that, she worked as a Data Engineer for Oxford University Press on their prestigious Global Language Solutions Program providing digital foreign language dictionaries to high-profile technology companies. Prior to that, she worked in the field of Natural Language Processing for more than 20 years. From 1993-2010, she was a Research Associate at the University Sheffield where she has worked with the Natural Language Processing Group in the Computer Science Department, following research positions at the Computing Research Lab in New Mexico, the University of Pittsburgh Learning Research and Development Center and the Institut Dalle Molle in Geneva, Switzerland where she did research on Natural Language Tutorial systems, a multilingual concordance system, and a content-based text alignment system. Her most recent work in building Dialogue Systems included being Sheffield team leader of the multimodal dialogue project COMIC (2002 – 2005) and the EU-funded Companions project, which was made up of a consortium of 14 academic and industrial organisations across Europe and the USA. Companions, a 4-year, large-scale multimodal dialogue project, focused on intelligent personalized multimodal interfaces to the Internet. She also played a key part in the development of the CONVERSE program, which won the Loebner competition judged for being the most realistic conversationalist in 1997.