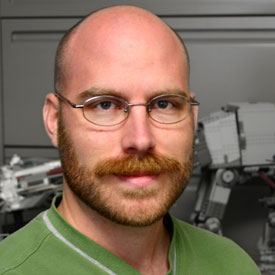 Roger Carff is a senior research associate at IHMC. He earned both a bachelor’s and master’s degree in computer science from the University of West Florida.

Carff started working for IHMC as a research assistant in 1992 on Project Quorum. His involvement in the project included developing a distributed network of mail servers that could communicate over various mediums (Modem, TCP/IP, SNA) to each other and quorum school clients. Also, he developed LLCorreo an e-mail tool for children designed to run on very low end DOS machines.

After the Project Quorum ended, Carff has worked on multiple projects for IHMC including: CmapTools, TSAS, and Software Agents