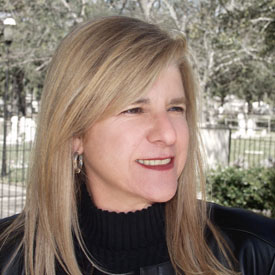 Maggie Breedy is a Research Associate at IHMC focused on computer science.

She also collaborates with the IHMC System Administration installing and configuring servers.

She has participated in the developing of KAoS policy-based services for agent management, collaboration, and human-agent teamwork. The policies constrain the behavior of multi-agents systems, and logistic and robotics systems. She also was as a developer for CmapTools version 2. The application empowers users to construct, navigate and share knowledge models represented as Concept Maps,

Maggie is a native of Costa Rica, and is fluent in both Spanish and English. Outside of work, she enjoys playing golf and working out at a gym.