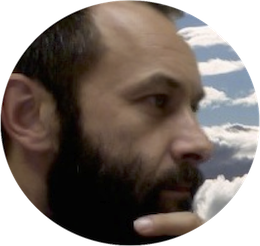 Dr. Lucian Galescu received his PhD in Computer Science from University of Rochester in 2003. The same year he joined the Florida Institute for Human and Machine Cognition (IHMC) as a Research Scientist. His research expertise is primarily in the areas of statistical natural language processing and dialogue systems.

Selected areas of past and current research:

Dr. Galescu is co-author of two patents and has a number of publications in international journals and conferences as well as several book chapters.