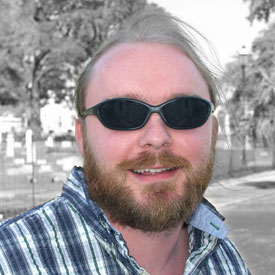 James Lott joined IHMC as a research associate in 2001. Prior to joining IHMC, he earned a bachelor’s degree in computer science from Columbia University in New York City.

James is one of the lead developers of CmapTools (and CmapCloud) concept mapping software, including client UI, server backend development, and web development (full-stack).

He was involved heavily in the development of the KAoS agent and policy services framework, a system for regulating the activity of entities (such as software agents) using semantic policies, backed by an ontology-based linked-data model (RDF).