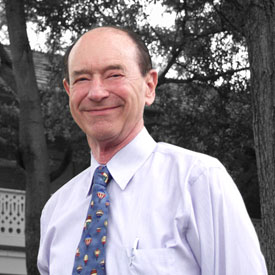 Jack Hansen joined IHMC in 2000, building upon more than 20 years of experience as administrator and scientist in national research laboratories and funding agencies. In addition to serving as Associate Director of the Institute, he is the Executive Director of The University of West Florida Research Foundation.

As Deputy Director for Research at the NASA Ames Research Center, the position he held prior to joining the IHMC, Hansen assumed overall responsibility for the Center’s R&D program of approximately $300 million annually. As Associate Director and Chief Scientist for the Applied Research Laboratory at The Pennsylvania State University (1992-1997), Hansen was responsible for the development of an R&D business base outside of the Laboratory’s historic undersea technology arena. Hansen formed an organization of research centers and multidisciplinary programs by developing strategic alliances with other universities, the corporate sector, and Government laboratories. Prior to his work at Penn State, Hansen served as second-in-command of a $210 million multi-disciplinary research program as the Deputy Director of the Applied Research and Technology Directorate of the Office of Naval Research. He was awarded the NASA Outstanding Leadership Medal in 2000 and is an ASME International Fellow.