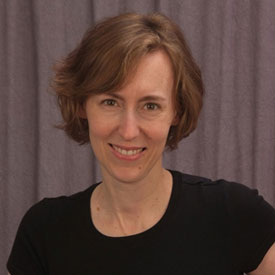 Dr Jennifer Gresham is a Research Scientist for IHMC. She previously served 16 years in the U.S. Air Force, where she was most recently the Assistant Chief Scientist for the 711 Human Performance Wing (711 HPW) of the Air Force Research Laboratory.

At the 711 HPW, Dr Gresham guided the planning and execution of the Wing’s $100 million research portfolio.

Prior to joining the 711 HPW, Dr Gresham served as a program manager at the Air Force Office of Scientific Research, managing the basic research portofolios of both the Biophysical Mechanisms and Surface & Interfacial Science programs. In 2008, she was given the Air Force Research and Development Award for her efforts to bridge the basic to applied research gap. She has also served on the Chemistry faculty at the U.S. Air Force Academy, where she was named Outstanding Educator for the energy and enthusiasm she brought to the classroom.

Dr Gresham earned her Ph.D. in biochemistry from the University of Maryland.