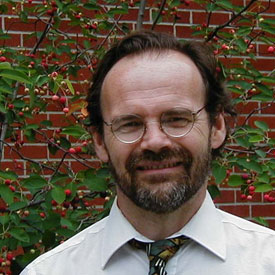 Dr. James Allen is Associate Director and a Senior Researcher at the Institute for Human and Machine Cognition in Pensacola. He has had a very distinguished research and teaching career at the University of Rochester where he retains a 50% appointment as the John H. Dessauer Professor of Computer Science. He received his PhD in Computer Science from the University of Toronto and was a recipient of the Presidential Young Investigator award from NSF in 1984.

Dr. Allen is an international leader in the areas of natural language understanding and collaborative human-machine interaction. A Founding Fellow of the American Association for Artificial Intelligence (AAAI), he was editor-in-chief of the journal Computational Linguistics from 1983-1993. He was general chair of the Second International conference on Principles of Knowledge Representation held in Boston in 1991, and the Fourth International Conference on AI Planning Systems in Pittsburgh in 1999.

Dr. Allen’s research concerns defining computational models of intelligent collaborative and conversational agents that can interact effectively with humans in a wide range of problem solving and analysis tasks. The body of research is unique in its focus on combining what are often treated as separate fields in Artificial Intelligence: knowledge representation and reasoning, language understanding, planning, intention recognition and learning. The TRIPS system is a high-performance generic collaborative agent that can be rapidly adapted to new problem solving domains.

In the past decade Dr. Allen and his colleagues have demonstrated versions of TRIPS that engage in many domains, including collaborative planning, data analysis and problem solving, providing advice about a person’s medications, coordinating human-robot teams, and learning from instruction and demonstration. His paper on dialogue-based task learning won the best paper award at the National Conference on Artificial Intelligence (AAAI) in 2007. These systems constitute a well-established track record of managing multi-investigator, multi-institution collaborations that result in large-scale high-performance demonstrations.

“Maintaining Knowledge About Temporal Intervals” (CACM, 1983) is regularly included in lists of the most-cited papers in Computer Science. He is the author of several books, including the influential textbook Natural Language Understanding, published by Benjamin Cummings in 1987, with a second edition published in 1995.