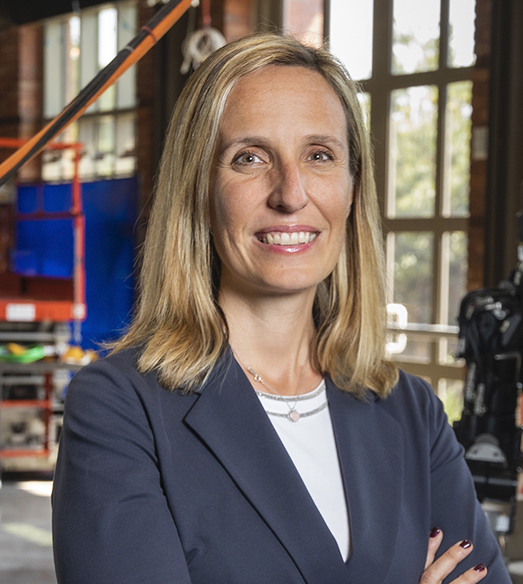 Dr. Venable is a computer scientist with expertise in artificial intelligence. She joined IHMC in August 2012. Since 2019 she has been the director of the IHMC-UWF PhD program in Intelligent Systems and Robotics. She is also professor of computer science at University of West Florida.

Her research is dedicated to providing a solid framework for the design and deployment of intelligent systems able to reason about preferences. As preferences are fundamental for the analysis of human choice behavior, they are becoming of increasing importance for computational fields such as artificial intelligence (AI), databases, and human-computer interaction. Preference models are needed in decision-support systems such as web-based recommender systems, in automated problem solvers such as configurators, and in autonomous systems such as Mars rovers. Moreover, social choice methods are also of key importance in computational domains such as multi-agent systems.

Dr. Venable is also actively involved in several interdisciplinary and application projects. In the context of cognitive modeling and neuroscience, she is leading the development of a constraint-based model of how the human brain allocates attention of the auditory system. She is also collaborating with cognitive scientists to investigate potential synergies between behavioral models of choice and AI-based preference reasoning. She is currently collaborating with researchers from NASA Ames on efficient scheduling of data-transfers for missions involving small satellites. Dr. Venable is also interested in an interdisciplinary theme which has currently been under the spotlight: AI for social good. She has collaborated with sociologists, psychologists and environmental scientists in developing content personalization to foster resilience of Gulf communities to environmental stressors such as oil spills and hurricanes. She is also investigating how constraints and preference frameworks can be a mean to embed ethical requirements into artificial agents.

Previously she was in joint appointment with Tulane University , which she joined in 2012 as associate professor and where she became where professor of computer science in 2018. Prior to that, she was a tenured Assistant Professor of Computer Science at the University of Padova, Italy. She received her doctorate in Computer Science and also the Laurea Magna cum Laude in Mathematics from University of Padova. Dr. Venable is the co-author of two books, and has published over 100 papers including journal and conference publications in the most prestigious AI venues.  Dr. Venable maintains a lively collaboration with several research centers, among which NICTA, NASA Ames, IBM. She has been successfully funded by several institutions including NASA, ONR, NIH, NSF, the Gulf of Mexico Research Initiative and the Future of Life Institute.

On the Distance Between CP-nets. A. Loreggia, N. Mattei, F. Rossi and K.B. Venable. In Proceedings of the International Conference on Autonomous Agents and Multiagent Systems (AAMAS 2018 ). Stockholm, July 10-15, 2018.

Preferences and Ethical Principles in Decision Making. A. Loreggia, N. Mattei, F. Rossi and K. B. Venable. To appear in Proceedings of the AAAI Spring Symposium 2018 on AI and Society. Stanford University, CA, USA, March 26-28, 2018.